The Wonder Nine gets reimagined with a new 9 mm from SDS Imports.

Time and data have also unquestionably revealed that when compared to these semi-auto-pistol cartridges, the .357 Magnum does a better job at stopping bad guys.

In today's episode of "I Carry," we have a Taurus G3 TORO optics-ready pistol equipped with a Bushnell RXS-100 red-dot sight and carried in a Kinetic Concealment outside-the-waistband holster.

Diamondback Firearms is introducing the Diamondback Sidekick, a 9-shot, single- and double-action rimfire revolver that has an interchangeable swing-out cylinder.

In retrospect, Smith & Wesson had nobody to blame for the situation but themselves. The company didn’t invent the subcompact, lightweight, single-stack nine, of course. Walther and Beretta had preceded the original Shield to market by a few years with the PPS and the Nano, respectively, and Kahr had more or less created the niche back in the 1990s.

Why You Should Add Movement to Your Defensive Plan

Once the armed citizen has advanced to the point that he or she can draw and shoot their defensive handgun safely, accurately and quickly, it would be a very good idea to start adding movement to the defensive response. Movement has the potential to momentarily confuse and surprise an attacker, allowing the citizen to gain a bit of advantage.

In today's episode of "I Carry," we feature the Ruger LCP II Lite Rack .22 LR pistol in a Blue Force Gear pocket holster along with a CRKT Sketch pocketknife. 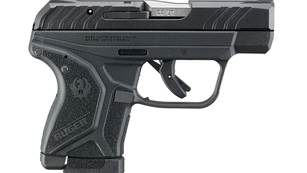 How to Refine Your Trigger Press

Jeff Cooper called it the Baja California shot, a hit landing low-left from the point-of-aim due to jerking the trigger. Imagine shooting at a map of the United States and you’ll get the idea. True for a right-handed shooter, I suppose we could call it the Florida shot for a left-handed shooter, although I never heard the Colonel describe it that way.

I remember well when the .40 S&W was the rage and everybody in the industry was clamoring to get a gun chambered for that round on the market.

How Important is a Fast Draw for Personal Defense with a Handgun?

What is a suitable quick-draw time, and how important is that for the armed defense with a handgun?

I Carry: Taurus G3 TORO Pistol in a Kinetic Concealment Holster | An Official Journal Of The NRA